Dr. Markosyan emphasized the need for such high-quality research in the region, as the one CRRC-Armenia provides, and expressed deep satisfaction with a possibility for researchers, analysts, and all interested people to compare data on different issues across the countries in the region. Mr. Sargsyan, in his turn, underlined the importance of CRRC-Armenia research and expressed regret on not fully using that invaluable data. He also expressed gratification to the CRRC culture to openly share the primary datasets, which goes on line with the WB open-access approach.

CRRC-Armenia CEO Heghine Manasyan began her presentation with extending gratitude over EPF-Armenia, Yerevan State University, National Statistical Service of Armenia, Carnegie Corporation, and CRRC-Armenia staff for many years of fruitful, productive and efficient cooperation. She presented findings based on new questions regarding awareness of regional conflicts, Armenia’s joining the Eurasian Customs Union, and human rights and social media usage questions, as well as traditionally covered population’s attitudes on economic, social, political and other vital issues in the South Caucasus. 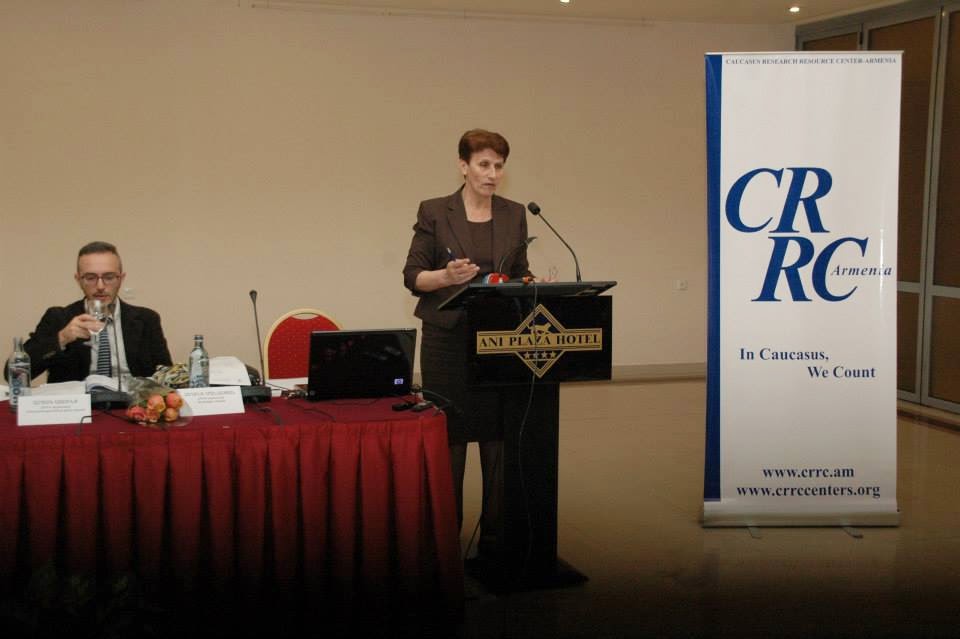 As in previous years, unemployment and poverty are issues worrying people most in Armenia (45% and 16%) and in Georgia (54% and 10%), while Azerbaijanis tend to mention regional conflicts (38%) followed by unemployment (25%) as the most important issues being faced by their country.
Attitudes towards country’s membership in the Eurasian Economic Community-Customs Union (EEC-CU) and European Union (EU) across countries were diverse as well: 65% of Georgians support the country’s membership in EU, while only about 41% of Armenians and 34% of Azerbaijanis do so. Instead, 55% of respondents in Armenia support its membership in the (EEC-CU), against 32% of Georgians. Not surprising then 83% of Armenians considering Russia as the main friend of the country. It is worth mentioning that 34% of Armenian thinks that the country is not a democracy, as opposed to 18% of Azerbaijanis and 11% of Georgians thinking the same way. Moreover, this figure has been growing during past 3 years in Armenia (28 and 27% in 2012 and in 2011 years respectively). Nevertheless, majority of people in all three countries think they have the right to openly say what they think: 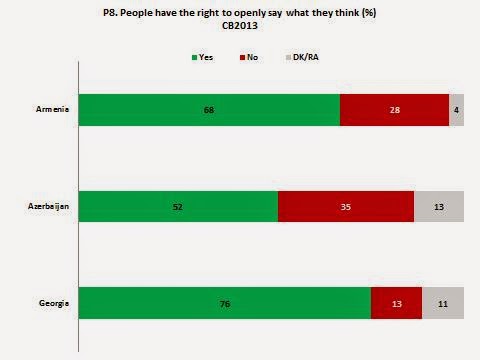 As observed, people in South Caucasus countries are not well aware of the regional conflicts in their neighboring countries: around half of the Armenians and Azerbaijanis haven’t even heard about Georgian-Abkhaz conflict; however, 62% of Georgians said they have heard about the Nagorno-Karabakh conflict. Moreover, the very fact that 35% of Azerbaijani people believe that this conflict could be solved by peaceful negotiation raises hopes for better future.
As part of the social capital and values fragment of the presentation,  Dr. Manasyan noted that 35% of Azerbaijanis tend to think that education is the most important factor for getting a good job (as opposed to 19% in Armenia and 28% in Georgia) and for well-being of the children: 41% against 28% both in Armenia and Georgia.
Still, people’s attitude towards economic future in Armenia leaves much to be desired yet: only 30% hope that financial situation of their children will be better off when they reach their age, with average score of 5.2 from 10 on perceived household economic rung. 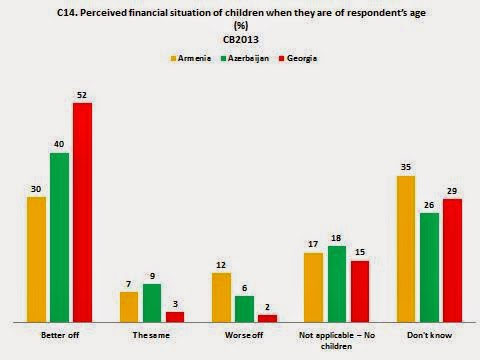 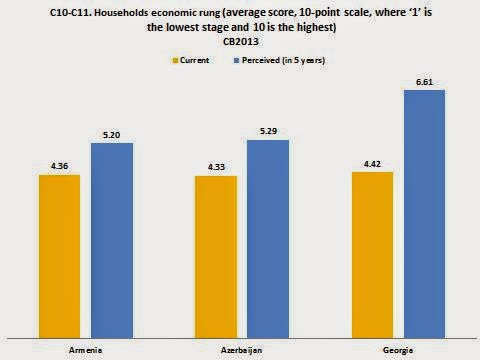 As in previous years, Armenia shows higher figures for interest in emigration, either temporary (60%) or permanent (31%). And finally, Georgia brings up the rear with the traditionally highest level of happiness in the region: 7.0 from 10 against 6.6/6.7 in Armenia/Georgia.
The presentation, followed by question and answer session, was mainly attended by researchers, NGO and government representatives, policy analysts and other interested parties. 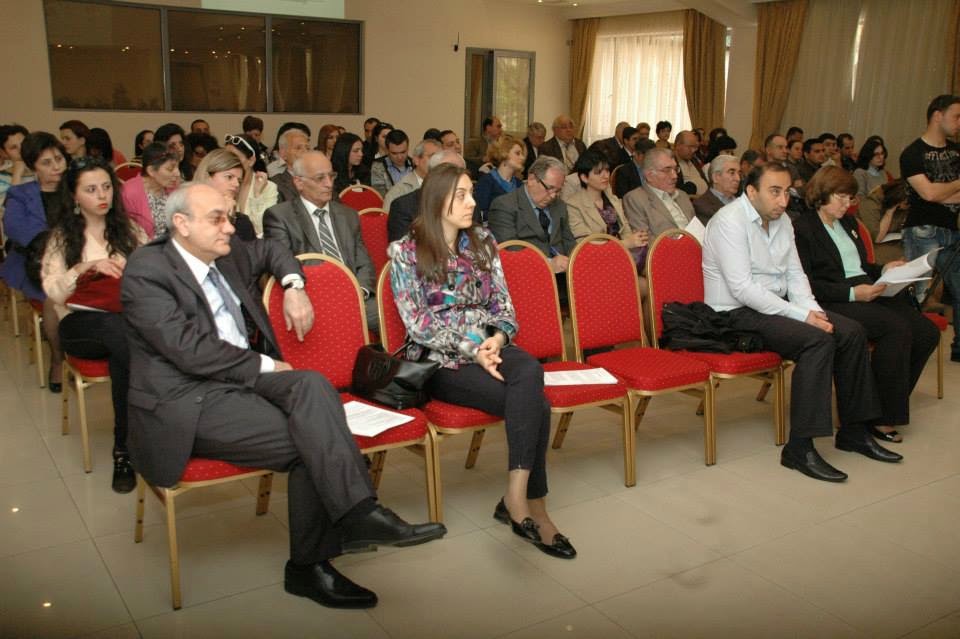