On December 11, the Caucasus Research Resource Center (CRRC)-Armenia presented the results of the public opinion survey on civic engagement in local governance.

The survey revealed that the public at large was not well informed on local government related issues. Conducted within the framework of the USAID-funded Civic Engagement in Local Governance (CELoG) project, the survey showed that 87 percent of the respondents were not familiar with the decisions made by their local government bodies, and 91 percent did not know the size of their municipal budget. 73 percent of the respondents knew the head of their community, while 48 percent did not know the members of their local council.
In terms of public attitudes towards and knowledge of the Government of Armenia’s community consolidation and decentralization reforms, the survey revealed that 59 percent of the respondents did not know anything about them, and 47 percent expected that the consolidation would negatively impact their community. Only 24 percent believed that the community consolidation reform would have a positive impact. 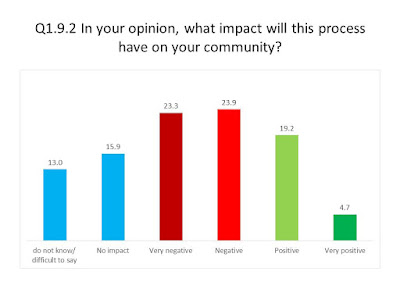 Regarding municipal services, only 12 percent of the respondents were satisfied, with 47 percent somewhat satisfied and 36 percent not satisfied with the performance of their local governments. The survey also revealed lack of trust towards and low transparency in local government operations, noting that community members often resort to using personal connections, social status, and at times bribery to resolve their issues. 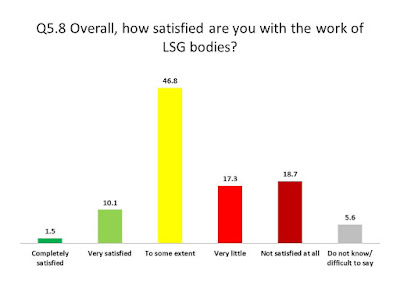 The nation-wide household survey among 1,500 randomly selected adult respondents examined public awareness of Armenia’s local government system, satisfaction of services provided by the local governments, engagement of citizens in community-related decision-making, as well as public attitudes toward the ongoing community consolidation reform. The study served to establish a baseline for these areas, which will be used to measure future knowledge and behavior change achieved through the CELoG project.

The survey results are a snapshot of the level of awareness of local governance and citizens’ perceptions about their local governments’ efficiency and accountability vis-à-vis their expectations at the outset of the CELoG project. The results are also of interest for policy makers, experts, local government officials, and international donor organizations.
Category Blog
Tags survey CRRC-Armenia local government