On March 20-th, at Congress Hotel, Heghine Manasyan, the Director of CRRC-Armenia, gave a presentation on the recently released results of the Caucasus Barometer 2012 survey. She presented new questions regarding Joseph Stalin and the Armenian Genocide and new year-to-year changes in previous questions to an audience of over 70 people. Also part of the presentation were Drew Loizeaux, from CRRC, and Astghik Mirzakhanyan, the Head of the Social Affairs Department within the Government of Armenia. 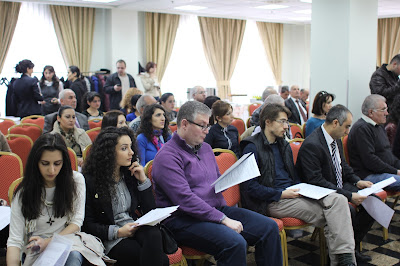 Gevorg Ter-Gabrielyan from the Eurasian Partnership Foundation introduced Heghine and began the presentation by mentioning that the International Day of Happiness had just been celebrated the day before. After that, the topic of happiness in Armenia came up as an interesting point that requires more study. While a number of indicators on people’s views, like trust in the parliament, have grown more negative over the last few years, happiness has increased, which shows to be not a paradox anymore, but a persistent trend. 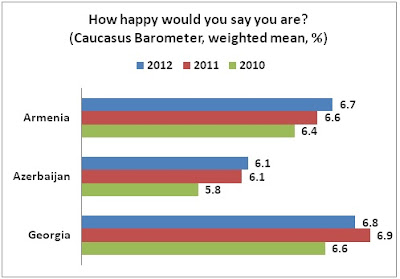 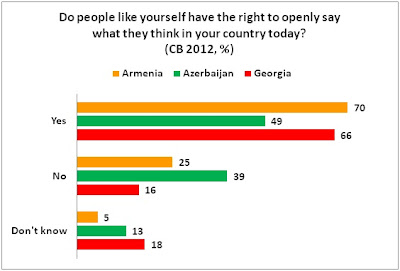 Astghik Mirzakhanyan stated that the Government ought to learn from the Caucasus Barometer and from other surveys and studies to develop better policies. This developed into a discussion over how the Government is structured and whether it could have an internal analytical department to help secure, develop, and promote balanced public policy decisions . 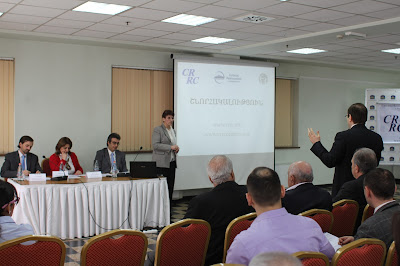 This year, the annual survey was enriched with several new questions regarding respondents’ views on Joseph Stalin. The questions were asked across all there Caucasian countries and—for the first time—Russia, with the support of the Levada Center in Moscow. A majority of people in Armenia (55%) and Georgia (68%) believe that Stalin was a wise ruler who brought power and prosperity to the Soviet Union, but a vast majority in all three Caucasian countries (72% in Armenia, 73% in Azerbaijan, and 63% in Georgia) would not like to live and work in a country ruled by someone like Stalin. When asked to select the word best describing one’s attitude towards Stalin, Armenians primarily selected “indifference” (25%), Georgians selected “respect” (27%), while 22% of Azerbaijanis said they do not know who Stalin is, which the presentation audience found funny. 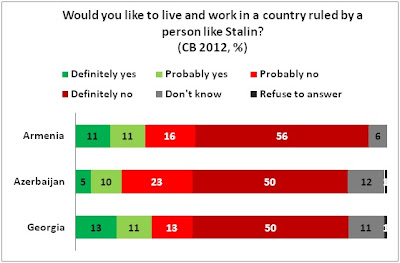 The 2012 survey also had new questions solely for Armenia on the Genocide and Armenian-Turkish relations. When asked about opening the border with Turkey nearly half of respondents (49%) believed it would be beneficial to the economy, while almost an equal share (47%) believed that it would harm national security. 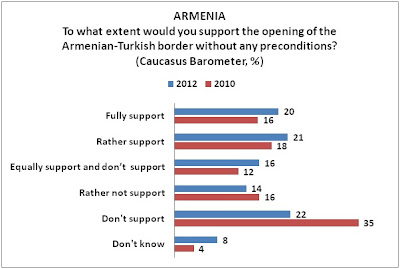 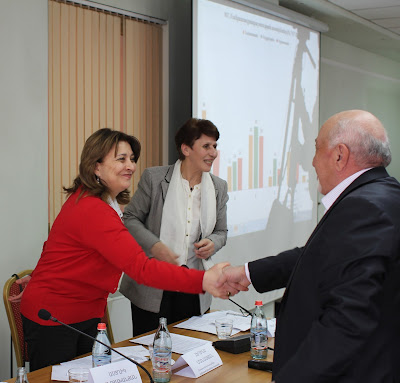 The Caucasus Barometer is an annual cross-border project aimed at studying public opinion on social, political and economic processes in the South Caucasus region. The survey instruments: questionnaires, show cards, the detailed sampling methodology document, the survey databases (in SPSS format) and some findings can be found on the CRRC regional website at www.crrccenters.org, as well as on the website of CRRC-Armenia https://www.crrc.am/index.php/en/14/164.
Category Blog
Tags Caucasus Barometer CRRC-Armenia EPF