The high level of both temporary and permanent labor migration from Armenia is considered as an issue of fundamental importance for the state and for the society. The phenomenon of both permanent and pendulum migration from Armenia was examined by various institutions. It was a subject of interest of several think tanks (International Center for Human Development) (ICHD)), research centers (CRRC-Armenia), NGOs active in the field of development aid (People in Need), migration (IOM), and humanitarian organizations (Caritas).
In addition, migration management facilitation is a high priority issue for wide range of international and foreign counterparts. Indeed, EU Advisory Group aims to provide Armenian government with tailored expert advice and to ensure that good practices designed and implemented in European Union member states are promoted and facilitated in Armenia. This initiative seems to be a meaningful example of deep understanding of a cooperation need between countries that accept or release migrants.
Another project, “Strengthening Evidence-Based Management of Labor Migration in Armenia”,  jointly implemented by ICHD and IOM, could serve as a good model for creating networks between destination countries and countries of origin to  prevent irregular migration of Armenian residents through regulation and to facilitate the employment possibilities both for potential employers and employees.  Additionally, the project is appealed to assist competent Armenian Private Employment Agencies striving to compete on the European labor market by enhancing their service delivery, and to foster circular labor migration (CLM) between Armenia and the EU.
In Armenia, migration is very often perceived as a one-way road leading from Armenia to the CIS countries, United States, Canada or European Union member states. Nevertheless, I do believe that this road is bidirectional. I see well-managed circular labor migration as an opportunity to combat irregular and illegal migration and to bring gained skills and capital back to Armenia.

Though, circular migration existed in Armenia life since Soviet times, the relevant state policy is still underdeveloped, while the CLM model is strongly and widely advocated by European Union policy advisers. CLM could be seen as an instrument to regulate seasonal work in Russia, traditionally being the main and preferred destination of low and medium-skilled circular labor migrants from Armenia. The main advantage of organized CLM schemes would be the holistic assistance to the job-seekers ensuring that their rights as workers are protected. Successful implementation of this conceptualization shall involve NGO sector, governmental and employment agencies, both private and public.
Bilateral agreements on workers mobility are subject of interest of both Armenia and EU member states. As an example, the Polish case could be mentioned.  Polish Migration Policy, an official document reflecting the governmental approach to migration and integration of third country nationals to the Republic of Poland, confirms that the vision of potential regulations of migration flows between the countries is very congruent and enables bilateral cooperation. Moreover, Poland has declared a political will to develop its relations with Eastern Partnership countries, and, in particular, now Armenians are able to get the work permit for Poland through the simplified scheme.
As a young researcher from Poland experienced in migration policy analysis, I have always been longing for gaining work experience and deeper insight into migration profile and migration policy measures developed in traditional emigration countries, citizens of which I have been encountering on a daily basis during my work in Warsaw. In 2012, I was given an enriching opportunity to work with ULISSES unit, a division within ICHD, responsible for implementation of the above mentioned project. As an intern, I was responsible for European stakeholders identification and external communications with foreign counterparts, as well as for legal framework and seasonal employment regulations analysis. During the two months of my internship, I developed a deep interest in Armenian migration policy towards circular migrants and returnees. In summer 2013, I returned to Yerevan and to ICHD to support the project team as a CLM Expert.

Now, I am joining CRRC-Armenia as an International Fellow to gain more profound scientific insight into the phenomenon of temporary migration from Armenia. In addition, I am deeply interested in push factors repelling Armenian citizens from their homeland, such as unemployment, lack of career development opportunities, or women’s underprivileged situation in the labor market. 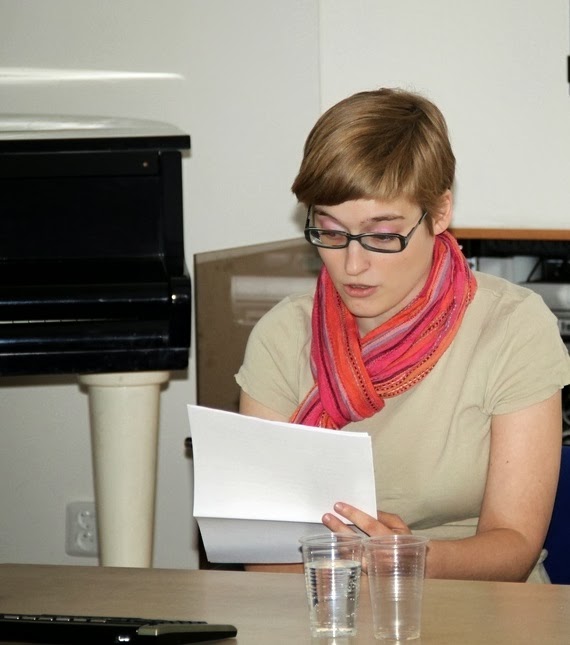 Furthermore, mentioned developments show that CLM management is a promising field that might lead to fruitful international cooperation and shall bring Armenian citizens enriching opportunities to develop their careers and gain new skills. I believe that, to achieve this goal, policy makers, researchers, and NGO workers have to cooperate and monitor the migration patterns development and consequences. This belief has influenced my decision to stay in Armenia and continue working on migration issues.
Category Blog
Tags International Fellow migration research