On January 29th, CRRC-Armenia hosted a presentation on Armenian Police Reform in Comparative Perspective delivered by Nona Shahnazarian and Matthew Light. The event was organized within newly launched Work in Progress academic discussion series coordinated by CRRC-Armenia in cooperation with various scientific institutions. The aim of the series is to create an opportunity for the fellow researchers to present their research on the early stage, share their methodology, present tentative findings and receive some valuable feedback on their ongoing projects.

The research on Armenian Police Reform is currently being conducted by Nona Shahnazarian, Research Fellow at The Centre for Independent Social Research in St. Petersburg, Russia, and Matthew Light, an Assistant Professor at the Department of Political Science of the University of Toronto, Canada. 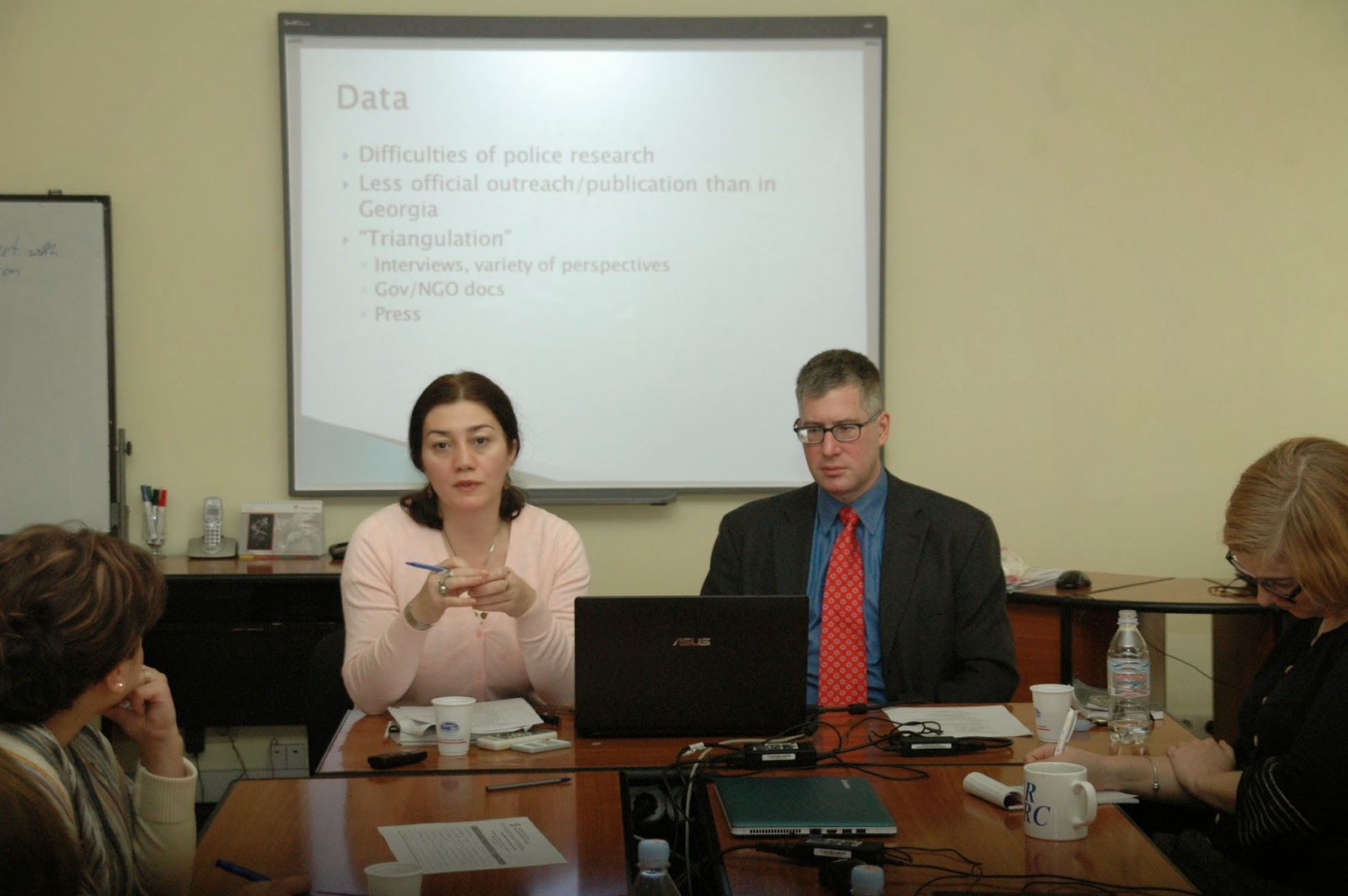 The objective of this comparative case study is to address current police reforms in Armenia in comparison to other CIS states, notably Georgia, as well as to give an insight on the reform process, structural changes inside the police entities, anti-corruption measures facilitation and implementation, human rights issues, recruitment and training schemes for newly hired policemen, the introduction of community policing to Armenia and public awareness of the ongoing structural changes in the police forces. Moreover, Shahnazarian’s and Light’s research is the first systematic attempt to describe the recent evolution of policing in Armenia.
During the presentation, the subject was elaborated upon and the research methods and tentative findings were discussed. The study is based on an ethnographic research and a desk study on legal framework and documents. Between 2011 and 2013 Shahnazarian conducted roughly 200 interviews in several Armenian cities (Yerevan, Vanadzor, Stepanavan, Hrazdan, and Masis). Among the respondents were NGO activists, police officers,  ordinary citizens (mostly taxi drivers), government officials, and, last but not least, high-positioned police officers. The interviews were taken to assess the conceptual change of Armenia’s policemen behavior (particularly the highway police) patterns in the daily formal and informal interactions with citizens. 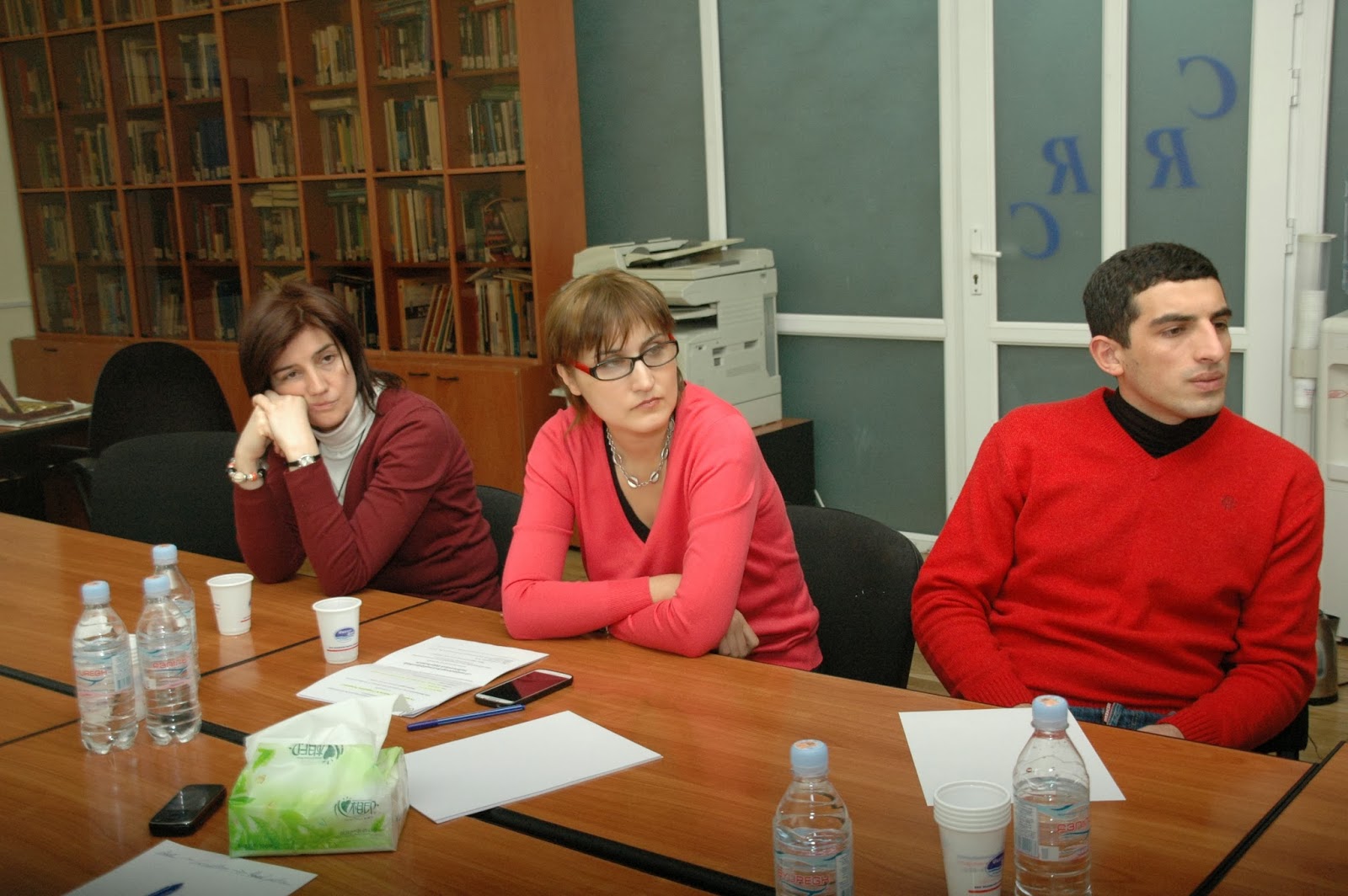 In a nutshell, the research revealed that major structural changes inside Armenian police forces are being implemented. The anti-corruption measures, the conceptual changes in training programs, improvements in treating detainees, creation of a new „Elite Battalion” and the increasing numbers of women students in the Police Academy could be brought as  an example of a new, good practice.  Unfortunately, the police reform has a very low public recognition. Both ordinary citizens and NGO representatives have low awareness of the evolution of the institutional approach to policing. 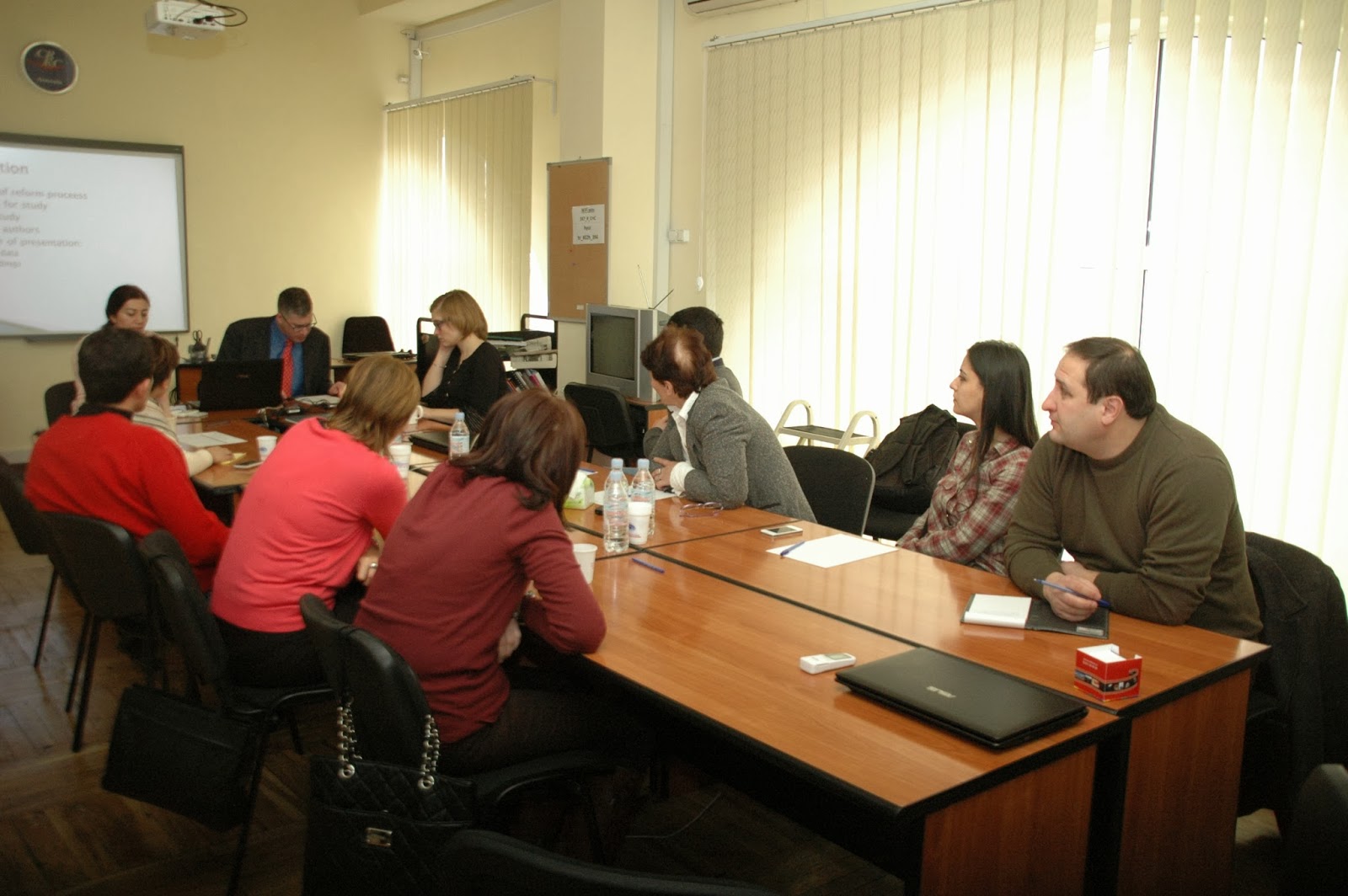 Among the attendees were representatives of civil society organizations and research institutions. This informative and important presentation was then followed up by a lively discussion during which the issues of the public trust towards the police forces and public awareness of the ongoing structural changes were raised.
Category Blog
Tags International Fellow research presentation