Inflation in Armenia: What is Happening to Armenian Prices?

Inflation in Armenia: What is Happening to Armenian Prices?

Date: February 22, 2008
CRRC-Armenia and the Department of Economics of Yerevan State University jointly organized a lecture-discussion on “Inflation in Armenia: What is Happening to Armenian Prices?” conducted by IMF Resident Representative in Armenia Dr. Nienke Oomes on February 22, 2008.
The lecture-discussion was focused on the issues such as inflation measurement in Armenia, the activity of the Central Bank, as well as rapid increase of food prices and the low inflation rate. According to Nienke Oomes, Armenian inflation is relatively low compared to other CIS countries and Armenian prices are relatively low compared to prices in advanced countries. However, Armenian import prices are relatively high compared to other CIS countries. Policy recommendations from the IMF Resident Representative in Armenia include making inflation targeting more effective, facilitating reduction in Armenian import prices, tightening fiscal policy and increasing the public’s knowledge of inflation targeting. The lecture-discussion was attended by around 100 researchers, students, business people interested in socio-economic developments in Armenia. 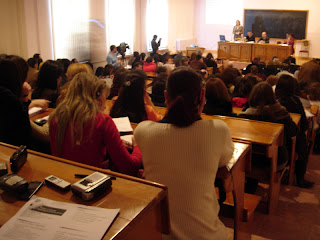 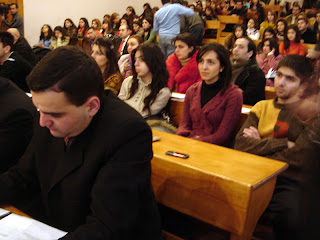 The event was also of high interest to mass-media. As a result, the following articles appeared on the web: IMF indicates lowest inflation in Armenia in CIS and According To IMF Official, More Efficient Policy Of Inflation Targeting Should Be Conducted In Armenia For Neutralization Of Inflation Risks 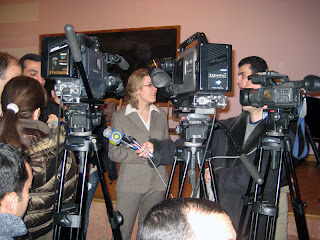 Ms. Nienke Oomes holds a Ph.D. in Economics from the University of Wisconsin-Madison (USA), and M.A. degrees from the University of Amsterdam (Netherlands) and the University of Notre Dame (USA). She has been with the IMF since 2001, and previously held positions as Lecturer at the University of Wisconsin-Madison and as Visiting Professor at the American Institute of Business and Economics in Moscow. Her research covers a wide range of macroeconomic topics, including exchange rate regime choice, money demand, output gaps, equilibrium real exchange rates, diamond smuggling, and dollarization hysteresis. Her work has been published in reputable journals such as International Finance, Economic Systems, Journal of Economic Dynamics and Control, Journal of Comparative Economics, Journal of Development Economics, and the Journal of International Money and Finance.