Series of Presentations on 2010 Armenia Corruption Survey of Households

Series of Presentations on 2010 Armenia Corruption Survey of Households

Date: April 28, 2011
CRRC-Armenia organized series of presentations on the results of Corruption Survey results among Armenian households during 2010. The survey was conducted in the scope of USAID program Mobilizing Action Against Corruption (MAAC). The survey has been conducted since 2008 annually on the whole territory of Armenia, measuring the perception of corruption among the population and aimimg to help the Armenian Government and civil society to improve anti-corruption policy.

Series of presentations on the results of the latest survey have been presented in 3 major cities of Armenia – Yerevan, Vandazor, and Gyumri for general public and different NGOs. Separate presentations were organized for Armenian public officials and media in Yerevan on April 20 and 21, 2011, respectively.

As a result, the survey results were reflected in media. Majority of media articles focused on the results concerning the corruption level in different governmental organizations, the growing concern among the population about corruption and economic situation in the country, and some of them making parallels among these results and the anti-corruption programs, offered recently by the Prime Minister Tigran Sargsyan. 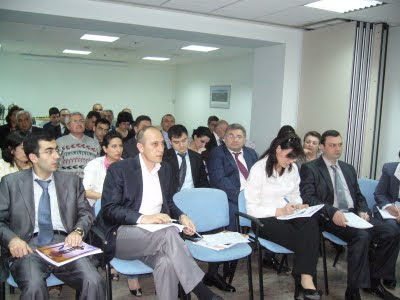