Date: November 30, 2009
On November 30, 2009 CRRC-Armenia hosted a presentation on the main findings of the investigative journalistic research “State of Armenian Irregular Migrants in Turkey”. The presentation held by Armenia-Turkey Project manager at Eurasia Partnership Foundation, Artak Shakaryan, was based on the research paper authored by Alin Ozinian. 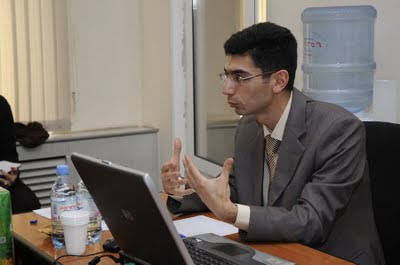 The investigative journalistic research has been carried out in Istanbul, Antalya, Trabzon and Ankara, through focus group and in-depth interviews, as part of the Eurasia Partnership Foundation “Identifying the State of Armenian Migrants in Turkey” project.
The exact number of Armenian migrants in Turkey is unknown to this day, but according to Prime Minister Recep Tayyip Erdogan the real number was 50.000 in January 2009. Other politicians have suggested different numbers reaching as high as 70.000. According to the study about 95% of all the illegal Armenian workers in Turkey are women. It is teresting that most of the Armenian immigrant men don’t work and come to Turkey to stay with their wives and keep them safe.
Armenian migrants mostly live and work in Istanbul. Some of them also work in Antalya or Alanya during the summer period as a hotel personnel but they stay just for 3 or 4 months. Most of the illegal Armenian women workers are between 40 and 60 years old. The youngest of them are 20 years old. 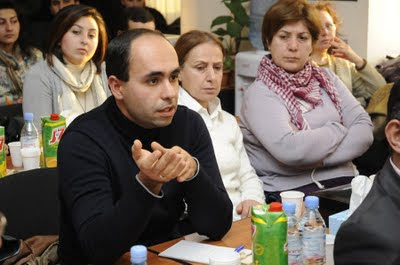 The incomes of the Armenian immigrants are between 100 USD and 600 USD, rarely it may rise to 1000 USD. The factory workers get the lowest income. Women who work as house-maids or baby-sitter have clearly stated that they would be ashamed to do such a job in Armenia because of the acquaintances in their homeland.
The situation of the children of Armenian migrants, however, is the most heartbreaking subject. The children of Armenian migrants cannot go to any public school or Armenian Minority school as they have no Turkish citizenship. Most of these uneducated children spend their lives by playing on the streets. They are prone to have bad habits and develop a criminal personality.
The concern was raised during the meeting of Turkey’s Prime Minister Recep Tayyip Ergdogan and His Eminence Archbishop Aram Ateshian and the Armenian delegation at Dolmabahce Palace in Istanbul on November 6. Erdogan assured the Armenian delegation that over time all problems will receive their solutions. Most importantly, he gave a positive resolution to the problem of the children of Armenian irregular migrants working in Istanbul allowing them to be included in Armenian community schools as “guest students”.
The event is covered by PanARMENIAN.NeT Armenian News Agency here.
Category Blog
Tags migration research Armenia survey Turkey EPF presentation