Date: January 31, 2008
On January 30th (at 11:00 AM in the Ballroom of Congress Hotel, 1 Italy Street) the Caucasus Research Resource Centers presented results from the Data Initiative (DI) 2007 survey, which represents the 4th wave of information gathered via 300 questions addressed to adults from over 8000 households randomly selected in Armenia, Azerbaijan and Georgia.
The CRRC DI survey provides a unique opportunity to follow the socioeconomic, demographic and political developments during the last 4 years. The dataset also allows analysts to make parallels between the three countries of the South Caucasus and the developments between rural and urban areas within each country. It also sheds light on migration patterns in the region by providing comprehensive information on both returned migrants and migrants residing abroad. 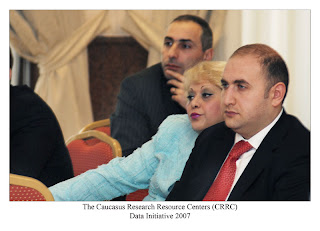 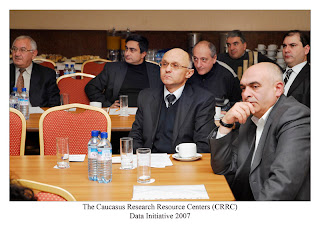 The data also gives insights into converging and diverging social values across the Caucasus. In all three countries hard work and a feeling of responsibility are among the three most valued qualities that both male and female children should be brought up with. The third most wanted characteristic for male children in Georgia and Azerbaijan is independence (61% and 66%, respectively), while in Armenia it is tolerance and respect to other people (70%). The third most important characteristic for female children is modesty for the respondents in Armenia (75%) and religious faith for those in Georgia (56%), and thrift – in Azerbaijan (49%). 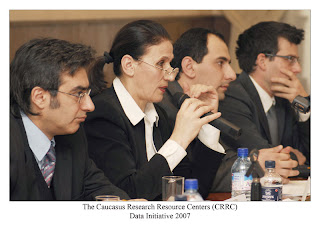 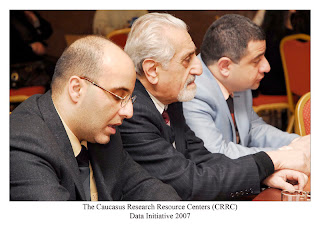 In terms of labor market development, in Yerevan, 35.3% mentioned personal networking as the most important factor for obtaining a good job, while the respondents from other cities and rural areas ranked education as most important. Meanwhile, the survey revealed that 54% of Armenian respondents did not speak any other foreign language but Russian; only 21% have some computer skills, and only 14% are able to use Internet and e-mail. Marked differences also appear between Yerevan and the regions.

The CRRC DI survey databases and the supporting documents are freely available for all those interested in in-depth analysis and in advancing social research and public policy at www.crrccenters.org.