Date: November 30, 2012
Given the important role of Vocational Education and Training (VET) in providing the necessary knowledge and skills to be competitive in today’s labor market, the European Training Foundation (ETF) contracted CRRC-Armenia to conduct a graduates’ tracer survey in Kotayk and Ararat marzes of Armenia. The survey focused on a wide range of issues important to VET in Armenia and discovered several key trends. Generally, there was a mismatch between VET training skills and employment types. Overall, graduates of some specializations had extremely high levels of unemployment, while others faired somewhat better. Similarly, graduates of certain specializations were generally satisfied with their education, while those from other areas often reported that they were not.
On November 22, 2012 CRRC-Armenia, in cooperation with the ETF and “Global Developments” Fund (GDF), held a conference to present the “Tracer Study of Recent Graduates from Vocational Education Institutions in Kotyak and Ararat Marzes of Armenia”. The seminar gathered all relevant stakeholders in the scenic town of Tsaghkadzor. About 50 representatives of the Ministry of Education and Science, state employment agencies, VET institutions, employers’ unions, ETF, CRRC-Armenia, GDF, United Nations Development Programme, as well as selected VET graduates and their parents, convened to discuss the survey’s findings. The event was chaired by CRRC-Armenia director, Dr. Heghine Manasyan. 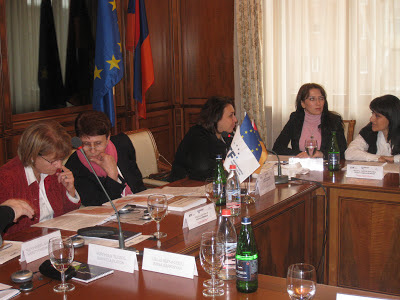 The survey and subsequent report sought to advance the knowledge about the relevance of VET programs offered in Armenia. The study targeted 2009 and 2010 graduates of 13 state VET institutions in Kotayk and Ararat marzes and covered 451 graduates, including 278 women.

According to the research results, slightly more than one-third of graduates (35.9%) considered themselves employed and employment rates varied across fields of study. Agriculture graduates were employed at the highest rate (75%) and Education and Healthcare graduates at the lowest (26.3% and 22.6%, respectively). It is interesting to note that reported employment was higher among Pre VET graduates than Mid VET graduates. Pre VET graduates also earned 20% more on average than Mid VET diploma-holders. The average salary of most employed graduates ranged from 50 to 100 thousand AMD (120-250 USD) a month. Women were employed at a lower rate and earned less than their male colleagues, though the share of self-employed women was higher than that of men. In general, graduates from rural areas were more successful in finding jobs than those from urban areas.
While most graduates felt that “personal interest towards the profession” was a determining factor when choosing the field of study, nearly two-thirds of them (63.6%) admitted that their qualifications were not relevant to their occupation. As a result, the role of a diploma in finding a job was perceived as very limited. The survey showed that many VET graduates’ satisfaction with their education was not highly correlated to their current employment status, which indicates that they viewed their education as an “independent” or “formal” value rather than a decisive requirement for prospective career opportunities.
The reasons most commonly reported for unemployment were that it was “impossible to find any job” and “family circumstances”. Contacts from family and friends was mentioned as a useful resource in finding a job for the overwhelming majority of graduates (80.9%), followed by knowledge and skills acquired during education (23.5%). Employment services and career centers played a role in securing employment for only 7.4% of respondents.
Based on the survey’s findings, CRRC-Armenia made several key recommendations for VET in Armenia. The major proposed changes are curriculum revision (especially in fields such as Information and Communication Technologies, Engineering and Economics), more focus on the quality of core skills (i.e. foreign languages, communication, entrepreneurial and IT skills), increased career guidance, as well as a deeper involvement of the business community in educational content development. 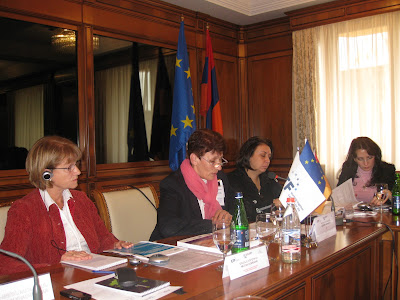 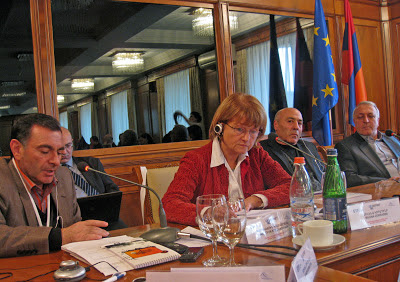 Make sure to follow us on facebook for updates on all of CRRC – Armenia’s activities and opportunities for Armenian scholars and students!
Category Blog
Tags CRRC-Armenia conference ETF undp