Date: October 30, 2013
By Arman Gasparyan, CRRC-Armenia Junior Fellow
The Armenian Economic Association  (AEA) 2013 annual meetings took place during October 18-20, and were jointly hosted by the Yerevan State University (YSU) and the American University of Armenia (AUA), aiming at bringing together scholars, researchers, and students to promote the exchange of ideas and to advance economics scholarship. The meetings were preceded by a reception at AUA on the 18th, to be concluded with a workshop on public finance at the Central Bank of Armenia (CBA) on October 21, 2013.

The language of the conference was English and Armenian, while the sessions were organized with regard to language and field. The conference, co-sponsored by USAID/EDMC program, YSU, AUA, and CBA, was attended by more than 45 academicians and practitioners from Armenia, Czech Republic, Georgia, Germany, Italy, Spain, United Kingdom, and the United States, who presented their studies to interested public. 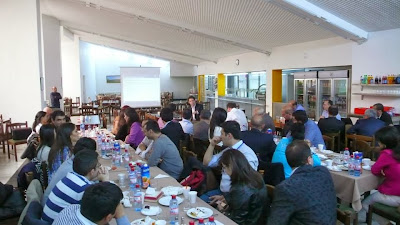 This year’s meeting was attended by several senior RA Government officials, while Prime Minister Tigran Sargsyan opened the meeting at YSU. He was then followed (via videoconferencing) by the first keynote speaker, Daron Acemoglu, the author of famous “Why Nations Fail”. Dr. Acemoglu’s speech is available online at http://www.youtube.com/watch?v=-t0tDf36fUM. On the second day another keynote speaker Mark Davis, Head of EBRD office in Armenia, focused on capital markets in Armenia and accessibility of soft loans to Armenian companies. More details about Dr. Davis’s speech could be found at http://www.ebrd.com/russian/pages/news/press/2013/131010b.shtml. 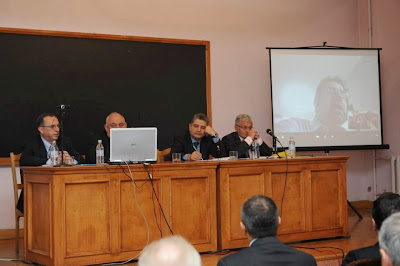 Furthermore, Arman Gasparyan, one of CRRC Junior Research Fellows, participated in the conference with his paper “Alternative Energy as a Mean for Reducing the Monopoly of “Gazprom” in Armenia” in the session on energy. He mainly spoke about the means used by Gazprom JSC to accumulate power in Armenia and to gradually gain an excessive monopoly power, as compared to initial situation, when it was a natural monopoly. The paper hypothesizes whether the development of alternative energy sector could become a reasonable counterargument from the RA Government.
It is worth mentioning that Dr. Alexander Grigoryan’s research “Who Else Migrates from Armenia? Evidence from Intentions”, among some other papers presented during the conference, was conducted using data provided by the Caucasus Research Resource Centers. These and other papers, along with further details associated with the meeting could be found at the AEA website.
Category Blog
Tags Junior Fellows AUA YSU USAID conference RA Government CBA CRRC EBRD