Doing Business in South Caucasus: Armenia and Azerbaijan are far behind Georgia

Doing Business in South Caucasus: Armenia and Azerbaijan are far behind Georgia

Date: November 22, 2010
Recently World Bank published the ranks of 183 economies of business regulations and their enforcement in its “Doing Business 2011” report.
According to the report, doing business is easiest in OECD countries.
Among the 183 economies Kazakhstan was the pioneer in improving the business regulation. Among other successful countries, according to this report, were Tajikistan, Hungary, Rwanda, Cape Verde, Zambia, Peru, Vietnam, Grenada, and Brunei Darussalam. Singapore remains the leader among the countries with the ease of doing business and Chad is closing the list, with the rank 183.
Alas, the countries of the South Caucasus are not among the pioneers of improving the environment for doing business on their territories. Particularly, Armenia has deteriorated its positions in all observed ranks, with exception of trading across borders: here Armenia has improved its position with 21 points compared to the previous year. Overall, Armenia’s rank is 48 compared to that of 44 in the previous year. Armenia’s best rank is 5 in registering property (compared to 4 in Doing Business 2010 report) and the worst rank is 159 in paying taxes, with no change compared to the previous year’s rank.
Azerbaijan has some improvements, particularly, it slightly improved its ranks in starting a business, paying taxes and trading across borders. As a result, Azerbaijan’s rank is 54 compared to 55 in the previous year. Azerbaijan’s best rank is 15 in registering property and the worst rank is 177 in trading across borders (only Tajikistan, Iraq, Congo, Kazakhstan, Central African Republic, and Afghanistan have worse ranks in this regard).
The most successful among South Caucasus countries is Georgia, with slight improvement compared to the previous year (12th rank instead of 13th). Georgia has substantially improved its ranks in getting credit and protecting investors with 15 and 21 points respectively. Georgia’s best rank in this latest report is the rank 2 in registering property (standing behind only Saudi Arabia) and its worst rank is 105 in closing business.
Taking into account, that Georgia is among the top 15 countries in this report, even the slight improvement compared to the previous year is a big success for Georgia. The governments of Armenia and Azerbaijan should study the practice of their neighbor and try to push hard in order to get better ranks. Hopefully we will witness substantial improvements in the ranks of Armenia and Azerbaijan in “Doing Business 2012” report. 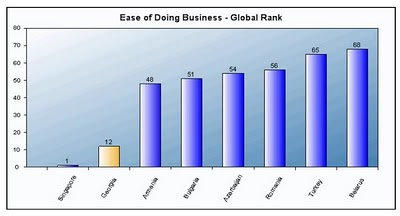 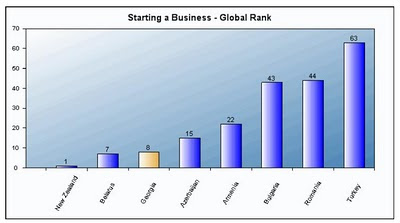 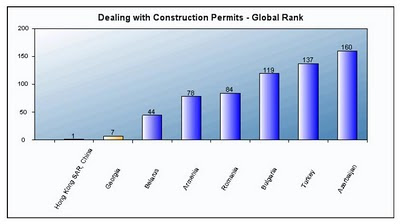 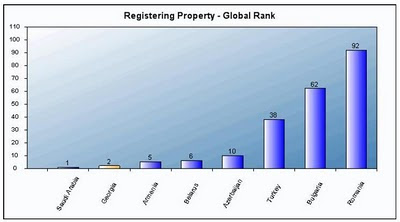 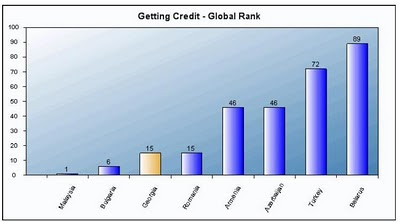 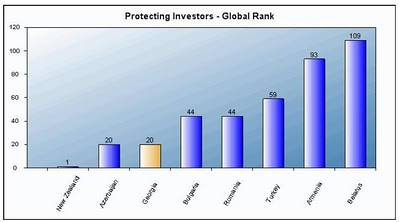 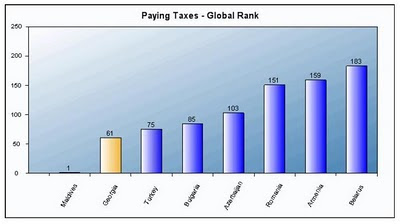 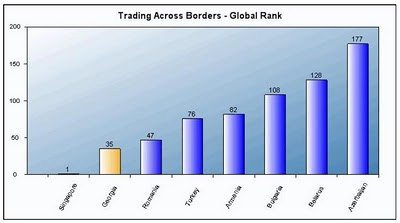 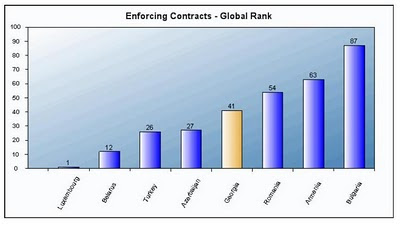 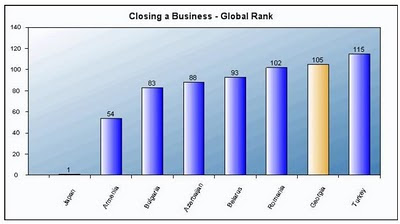