About 60 leaders from local and international research organizations joined CRRC-Armenia at Yerevan State University to participate in the “Missing Girls in the South Caucasus” presentation on research results.

The concept of “Missing Girls/Women” refers to the number of women who would have been born if their birth had not been interrupted by deliberate actions, specifically in terms of sex-selective abortions. Findings show that, in Armenia, there are currently 114 boys born for every 100 girls, leading the nation to have the third highest boy to girl ratio disparity in the world (behind China and Azerbaijan). Enabled through the World Bank funding, researchers from CRRC-Armenia and Yerevan State University partnered together to collectqualitative data on the expanding issue.

The opening remarks by Heghine Manasyan (CRRC-Armenia) were followed by the findings, presented by Laura Bailey (World Bank), Nistha Sinna (World Bank), Giorgia Demarchi (World Bank), Yuliana Melkumyan (Yerevan State University, Faculty of Sociology), and Anna Sarkisyan (CRRC-Armenia). The discussion covered various issues revolving around sex-selective abortions, including the economic, social, cultural, and health-related consequences the nation may face.
Using focus groups, the researchers interviewed over 215 men and women from 4 different communities throughout Armenia (including Yerevan). Moreover, 25 experts, including doctors, lawyers, community leaders, researchers, and others of the like, were interviewed about their perceptions pertaining to the current rise of sex-selective abortions. The results showed that son preference, fertility decline, transitional periods and societal shocks (including the collapse of the USSR), and sex-detection technology are the top reasons as to why this has become such a large issue. Economic disruptions and future monetary security are among the top reasons that have affected the fertility choices of Armenian families. Importantly, the panel discussed how, at its core, the “Missing Girls” phenomena was highly influenced by patriarchal social and gender norms within Armenia, including the nation’s devaluation of women throughout the social sector, including the political realm.

The panel concluded that the best policy option to begin rectifying the “Missing Girls” phenomena is to begin addressing the fundamentals of gender equality in Armenia. They believe that, through media and education campaigns, as well as an increase women’s economic independence and protection and support of women who suffer from domestic violence, Armenia will be able to raise the status of women and thus begin to decrease the high rate of sex-selective abortions. As an interviewee (a young woman from Yerevan) said, “ [Actions] should not be concretely focused on having/not having a child. Whatever is done, wherever it commences, the core should be the same: increasing the importance of women’s role.” 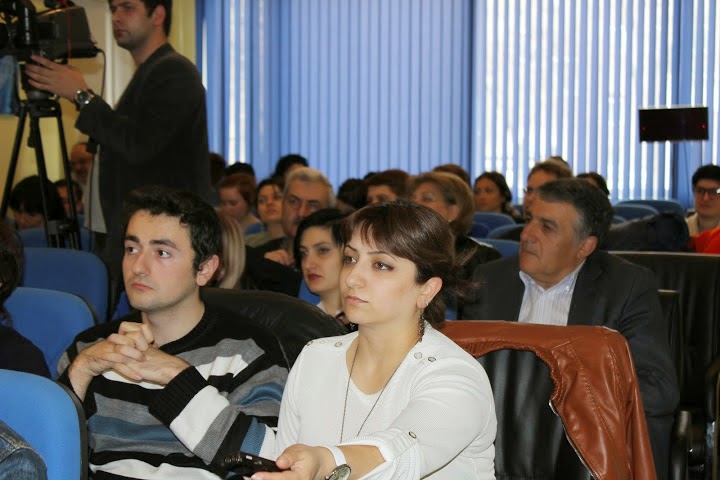