One Small Step towards Normalization, One Large Step for Armenia’s Future

One Small Step towards Normalization, One Large Step for Armenia’s Future

Over 40 leaders from both local and international organizations joined CRRC-Armenia at the Best Western Congress Hotel in Yerevan to participate in the presentation of the key findings of “Towards a Shared Vision of Normalization of Armenian-Turkish Relations” survey results conducted within the framework of the program Support to the Armenia-Turkey Normalisation Process funded by the European Union.
In partnership with the European Union Commission, CRRC-Armenia has worked endlessly to understand, interpret, and utilize the information pertaining to the Armenian-Turkish relationship from the 1200 households they have surveyed. Though reactions were mixed, the survey results reflected that many Armenian citizens, be it for economic, cultural, or political reasons, truly hope that the relationship between Armenia and Turkey can be rebuilt and solidified. Citizens were also very aware that such a relationship cannot exist when preconditions are set by either nation. Nevertheless, the respondents acknowledge the importance of the recognition of the Armenian Genocide when establishing diplomatic relations with Turkey, making it the most important demand from the neighboring nation. 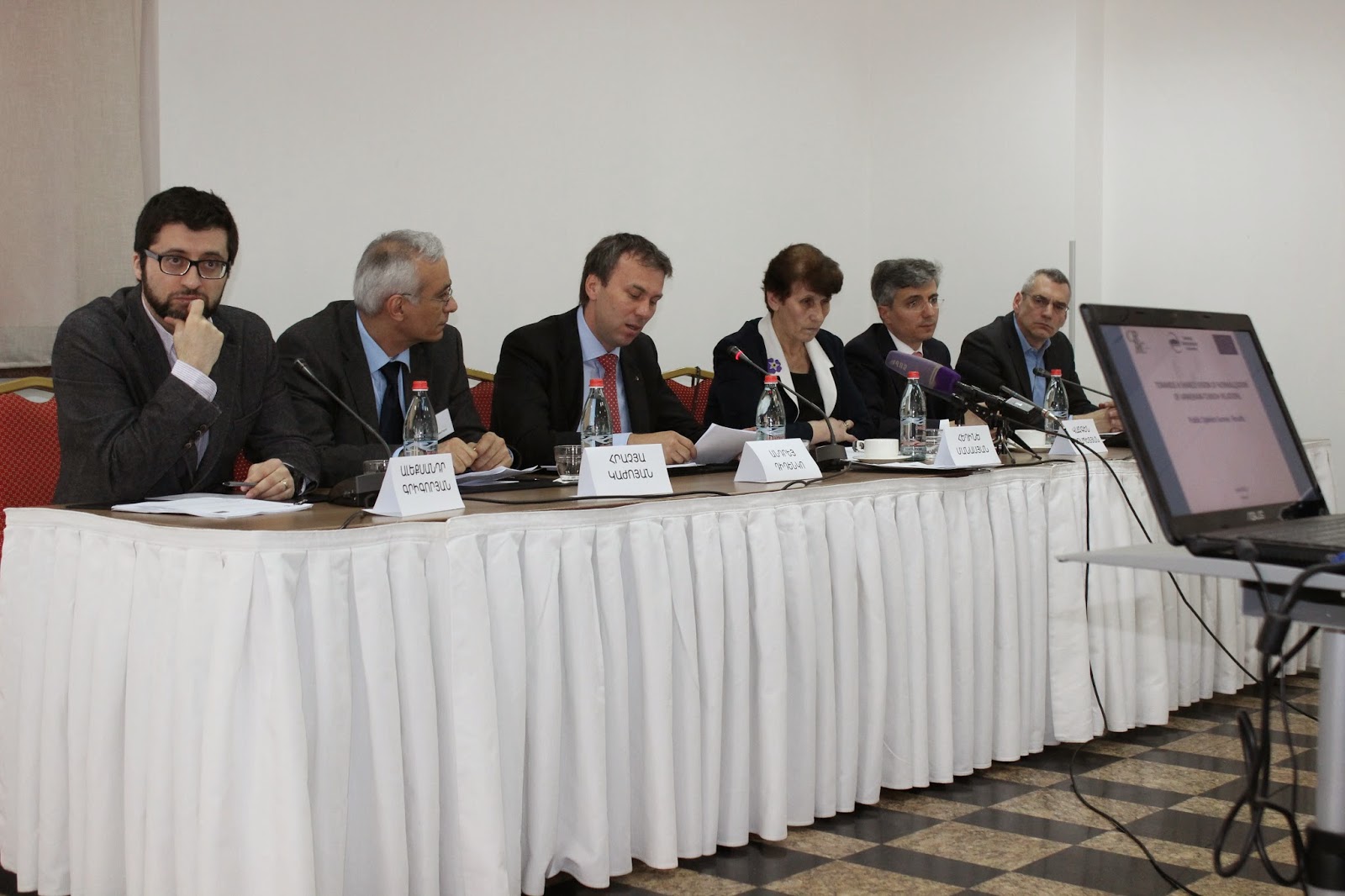 Such a survey and study prove to be one of the first steps towards creating a self-sufficient relationship between the two neighboring nations. Moreover, the presentation shed light on the 11 Turkish and Armenian researchers that are currently trying to research and work towards normalization. As Richard Giragossian said, such an effort from CRRC-Armenia allows the Armenian citizens and the nation to move beyond the concept of victimization and allow for validation, by aiming towards normalization, as well as vindication, by pushing for a relationship without preconditions. The opening of the border allows for the opening of the somewhat unrealized knowledge, potential, and opportunities. Andrej Didenko and the European Union hope that CRRC-Armenia presents their finding in Turkey in the hopes that a similar survey will take place there as well.