“Policy Challenges for Armenia in the Context of Regional and Global Economic Shocks”: Public Lecture

“Policy Challenges for Armenia in the Context of Regional and Global Economic Shocks”: Public Lecture

On Tuesday, June 02, 2015, the Caucasus Research Resource Center – Armenia invited Teresa Daban Sanchez, IMF resident representative to Armenia, to deliver a presentation on the economic and political implications of regional and global economic shocks for Armenia. To make the dimension of economic shocks – unexpected and large changes within an economy, despite occurring outside of it – for countries understandable to the audience, Ms. Sanchez focused on the global, regional and national level in her speech.

The drop of global oil prices by almost 50 percent marked the starting point of a severe economic turmoil in many countries throughout the world.  The reduction of oil prices has impacted consumers globally, as the price of a great number of commodities such as food and metals have also declined subsequently.  Consequently, due to the drop of oil prices, the global economy has been below its potential.  As the price of oil has been extremely volatile in recent years, Ms. Sanchez underlined the difficulty to predict its evolvement in the future.

The steep and unpredicted reduction of global oil prices has had a severe impact on the economies of the Caucasus and the Central Asian region. The economies of the oil exporting countries of the region, i.e. Azerbaijan, Turkmenistan, Uzbekistan and Kazakhstan, being highly dependent on revenues from their oil production, have faced strong negative effects.  Also in the oil importing economies of the region, i.e. Georgia, Armenia, the Kyrgyz Republic and Tajikistan, lower oil prices resulted in reduced gains.   The high economic dependence on Russia’s real economy and its oil prices had especially indirect effects on the oil importing economies through so-called transmission channels. Ms. Sanchez showed a number of such transmission channels that link the Russian economy with the respective economies in the Caucasus and Central Asia such as strong banking system linkages between Russia and the region, remittances from and exports to Russia and Foreign Direct Investment (FDI).

Armenia’s oil importing economy has stayed below its potential in 2014 due to its close ties to Russia’s troubled economy. The strong presence of Russian banks in Armenia constitutes a channel through which Russia’s economic crisis can negatively impact the financial system of the Caucasian country.  Moreover, remittances from Russia, which have constituted 15 percent of Armenia’s GDP, and exports to Russia, three percent of the country’s GDP in recent years, have been reduced due to current problems of the Russian economy.  At the same time, nonperforming loans have increased for Armenia from 2013 to 2014. Although banks in Armenia still hold 15 % capital, which could mitigate the economic turmoil so far, high interest rates have hindered economic stimulation. 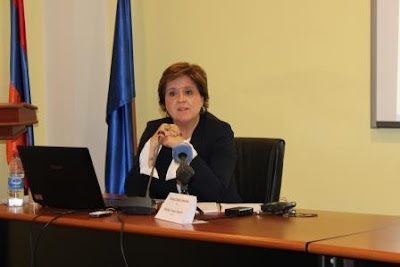 Towards the end of her speech, Ms. Sanchez presented approaches to support those economies that have been hit due to the drop of global oil prices. Macroeconomic stability needs to be maintained, combined with structural reforms that should raise potential growth in the economies. In the case of Armenia, short-term policies should maintain economic and financial stability and boost economic growth.  In the medium-term, exchange rate flexibility and structural reforms will be of upmost importance to bring the Armenian economy closer again to its actual economic potential. 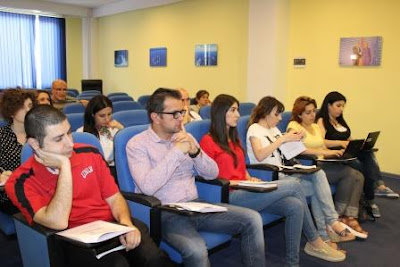